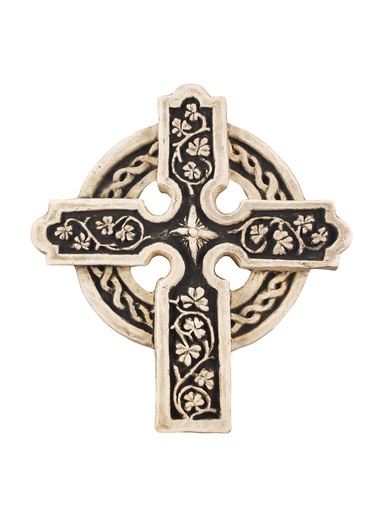 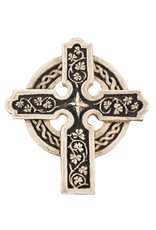 Enniskillen occupies an island between Upper and Lower Lough Erne.  Also named Inis Ceithleann after the wife of a chieftain, Balor of the Mighty Blows.  The river system of the Erne at one time was a major highway for goods and transportation.  The highlands running parallel to the Erne has many artifacts of early people who lived the area, such as chambered graves.  The shamrock, or in Irish, Seamrog, is considered a good-luck symbol in Ireland since early times.  It is also the national emblem of Ireland because, according to legend, Saint Patrick used the shamrock to represent the Holy Trinity and is worn on Saint Patrick’s Day each year.  The knotwork running along the outer circle represents everlasting life.
Co. Fermanagh, Ireland

McHarp Crosses are faithfully and loving replications of ancient crosses, scenes from historical and memorial crosses, and original designs. They are made to explore and honor their heritage and express their love of beauty, balance and harmony. Made from a durable stone-like material, each cross is stained and sealed and features a hook to display. 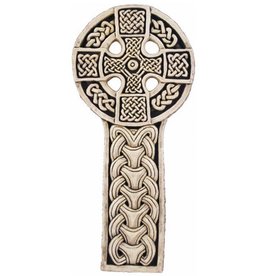 Nearly 200 carved crosses have survived on the Isle of Man dating from the Celtic early Christian period in the 7th century and through the period of the Viking settlement up to the early 11th century. The interlinked ring design forming the shafts of Sca
Add to cart
McHarp - MAUGHOLD CROSS
$59.00 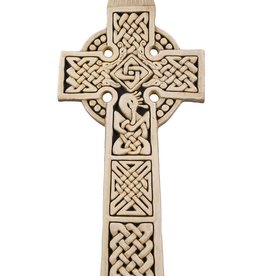 The original of the cross deisgns stands in the churchyard of the remains of the Muckross Friary. Tralee is a delightful town nearby to Muckross.
Among the tones of the graveyard are those of the l
Add to cart
McHarp - TRALEE CROSS
$47.00 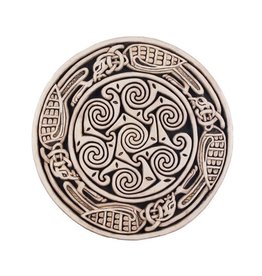 The god Midir of Bri Leith, (mound west of Ardagh in Co. Longford) claims that Etain in her former existence was his wife, but that she has been separated from him by the magic of a jealous rival. When Etain in her later existence becomes the wife of Eoch
Add to cart
McHarp - ETAIN MANDALA
$45.00 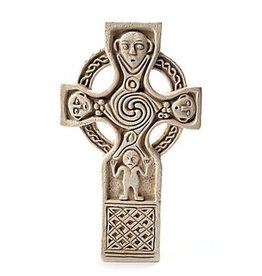 Half a mile south of Ferbane, Ireland is the site of a 5th century priory with a collection of 8th to 11th century grave slabs preserved in the modern priory.  Close by the River Shannon, the longest river in Ireland, bounds the western edge of Co. Offaly
Add to cart
McHarp - GALLEN PRIORY CROSS
$33.00 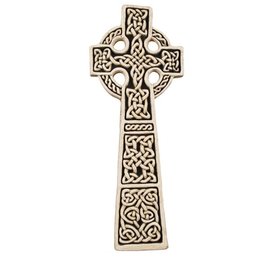 The Muthill Cross was founding the yard of ancient and beautiful ruins of the old church in the small village of Muthill, Scotland.  The interlacing which fills the panels of the cross is endless, and thus cannot be untied.  It represents everlasting life
Add to cart
McHarp - MUTHILL CROSS
$62.00 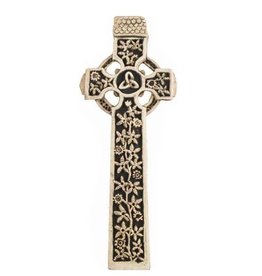 Skibbereen is a thriving market town, regarded as the capital of the area known as The Carberies.  Situated on the River Ilen, it was founded after Algerian pirates sacked the neighboring port of Baltimore in 1631 carrying off 200 inhabitants into slavery
Add to cart
McHarp - SKIBBEREEN CROSS
$45.00 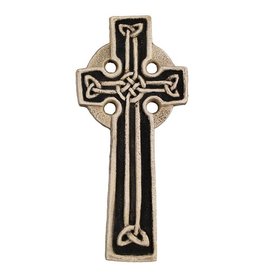 Variations of this cross design are founf throughout Ireland and the Highlands of Scotland.

this design is a variation of one of the crosses found in the ruins of the old nunnery at Iona. 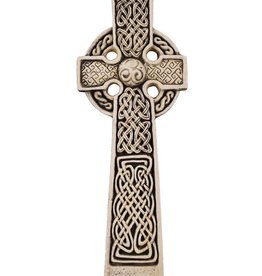 Tobermory is an ancient medieval seaport at the top of the Isle of Mull. Across the channel is Lochaline, the site of a 14th-15th century stone carving school that was associated with the nearby Holy Isle of Iona.

This cross design is of our own invent
Add to cart
McHarp - TOBERMORY CROSS
$43.00 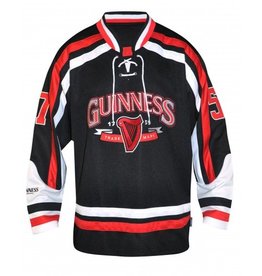 This Guinness® Red and White Hockey Jersey is made of polyester fabric, designed to be durable, comfortable and breathable. This red and white jersey draws inspiration from the classic ice hockey jersey, featuring a traditional lace collar, long sleeves a
Add to cart
GUINNESS RED HOCKEY JERSEY
$89.00 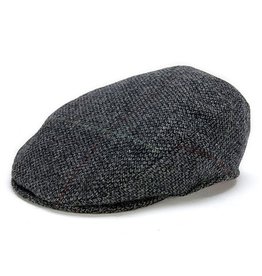 This Hanna Hat is designed in the tailored style with a stylish sewn down brim for a more fitted look. Made from wool.

The tweed cap is the style most frequently worn in Ireland and is almost as old as the Hills of Donegal. Hanna Hats are beautifully c
Add to cart
TAILORED GREY CHECK HANNA HAT
$59.00